Come on down and ”Meet MassDiGI” with NUGDC – a great opportunity to network, talk games and more! All Northeastern game development/creative industries students are welcome.

Come on down, check out the Becker IGDA chapter and “Meet MassDiGI” – a great opportunity to network, talk games and more! All Worcester area game development students are welcome.

More information can be found here.

Visit MassDiGI at the Boston Festival of Indie Games on September 14, 2013. Drop by and check out our table – play student-developed games, learn about our program and services and more!

Please join us from 1:30-4:00 p.m. on August 8th for an open house featuring the projects from the MassDiGI Summer Innovation Program.  Students (21 from 9 different colleges and universities) and staff will be available to discuss and demonstrate the projects: Wobbles, Robot Orphan Workforce, BrainFrame, ZeebiZoo and TicTacToe^2. Please click here to register. Thank you.

Light snacks and refreshments will be available.

9:45 a.m.             Lieut. Gov. Murray and all attendees to meet/greet students in the program, discuss projects, opportunities and entrepreneurship

Refreshments to be served.

Students, particularly juniors and seniors, are welcome to join for a day of portfolio review and mock interviews with game industry professionals. This event is co-sponsored by Interactive Selection, Becker College Career Services, Becker College Student IGDA Chapter and MassDiGI.

Free and open to the community.  To RSVP and for more details, please click here.

Some of the game pros who will be on hand include:

John a graduate of The New England Institute of Art with a B.S. in Media Arts and Animation. He currently works for VisibleBody in Newton, MA, creating assets and animation for interactive iPad apps using the Unity game engine. He also worked for ForgeFX creating character and environment assets for an unreleased UAV Drone Simulator. Released credits include the Visible Body Atlas, Visible Body Muscular and the soon to be released Visible Body Anatomy and Physiology apps.

Fiona is a games industry staffing professional, and has provided recruiting services for leading clients such as Activision, Disney, Electronic Arts, LucasArts, NCsoft, and Sony. Fiona is currently Director of U.S. Operations for Interactive Selection, a global games recruitment firm with nearly 200 clients in over 20 countries. She was previously Senior Staffing Specialist for Irrational Games and Senior Talent Acquisition Manger for Tencent Boston.

Maria is the Lead Programmer and Technical Artist at Giant Spacekat Productions, an indie studio producing their first title, Revolution 60, using Unreal Engine for iOS. Their demo debuted at PAX East. She has a Bachelor’s in Computer Science from Macalester College and Certificate in 3D Animation from Boston University CDIA.

Starting in 2001, Jeremy’s game design career has taken him to Sony Online Entertainment, Electronic Arts, and Tencent Boston. He has shipped 7 titles including The Sims 3 and several Everquest incarnations. He is currently pursuing an independent project in the board game space.

Jenna is a local game designer who, after a number of years in the industry, has recently founded her own one-woman studio called Monster & Glitch. Jenna focuses on developing games that are beautiful, meaningful, and full of personality. Her recent design credits include The Golden Arrow (Monster & Glitch), and Robot Rising (Stomp Games/Tencent). Her early game career experience was as an art assistant for Turbine.

Scott holds nearly two decades of video game industry experience, most recently overseeing development for Creat Studios and MocoSpace. He created and animated characters and environments for Pandemic Studios, DreamWorks Interactive, Activision and more, developing games for high-profile properties such as Star Wars, Jurassic Park, Sesame Street and Pitfall. He was previously a Project Coordinator at EA Mobile/JAMDAT and a Producer at Vivendi.

David has been working as an animator in the game industry since 2006. He currently works as a Senior Animator at Fire Hose Games in Cambridge, MA. Titles he has worked on are: Empire Earth III (Mad Doc Software), Red Dead Redemption, Max Payne 3 (Rockstar-New England), Project Copernicus (38 Studios), and most recently Go Home Dinosaurs! (Fire Hose Games).

Jeremy is Character Artist and graduate of the Columbus College of Art and Design who’s published titles include Robot Rising, Warhammer Online: Age of Reckoning, and Dark Age of Camelot: Darkness Rising. His professional experience includes MMO, ARPG, and RTS game development, working with both original and Licensed IP for EA Mythic and Timegate Studios.

Seth started in the industry as an Engineer and has been a Product Manager, Lead Designer and Executive Producer. He has worked at a start-up called Conduit Labs, Zynga Boston, Disney and is currently the CEO of a new studio called Proletariat Inc.

So, you want to work in the game industry?

Fiona Cherbak is a staffing professional who develops strategies and recruiting campaigns for a wide range of game companies. She has provided services for Activision, Disney, Electronic Arts, LucasArts, NCsoft, Sony, THQ, and more. She’s been a regular speaker at GDC’s Game Career Seminar series, and an advisory board member and speaker at SXSW Screenburn/SXSW Interactive. She is co-producer of the Boston Festival of Indie Games and has supported IndieCade and Fantastic Arcade. A former chairperson for IGDA Women in Games SIG, and a founding member of Women in Games International, she is currently director of U.S. operations for Interactive Selection, a global games recruitment firm with nearly 200 clients in more than 20 countries. She was previously senior staffing specialist for Irrational Games and senior talent acquisition manager for Tencent Boston.

Free and open to the  community.  Seating is limited.  RSVP to lectures(at)becker.edu.

Visit MassDiGI at PAX East from March 22-24! Drop by and check out our “Made in MA: The State of Play” booth (#595) on the show floor! Thanks to our many friends in the MA game development community, we have some really great booth programming this year – check out the schedule here!

In addition, we have a PAX East panel, “This (Boston) Indie Life: From Breaking In to Making It” featuring many well-known local developers on March 22 in the Arachnid Theater.

MassDiGI is teaming up with BlueSnap to throw a party on Saturday, March 23rd at 5pm at the Renaissance Boston Waterfront (just a couple blocks from PAX East/BCEC).  Join us for a drink at a great spot that overlooks the Boston’s Innovation District! RSVP: bluesnap323.eventbrite.com. Email info(at)massdigi.org for a registration code. Must be 21 to attend. 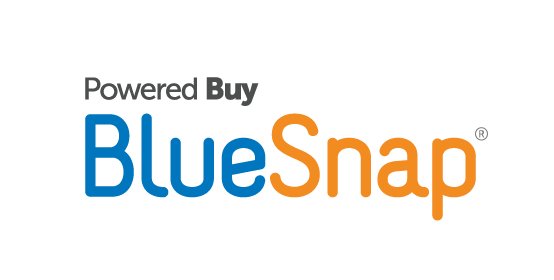