The Hive at Boston.com: The big payoff when video games are free

Here’s one way a video game company can get gamers to try a new release: Make it free.

A number of game studios, including several based in Massachusetts, have embraced the free-to-play model for new game products. That includes some of the big boys. According to a Bloomberg News report early this fall, giant video game maker “Electronic Arts Inc., whose ‘Command & Conquer’ is ranked by researcher NPD among the top-five best-selling PC franchises of all time with more than 30 million copies sold since 1995, will make the game free online next year.”

There’s a new opportunity for those dreaming of creating the next Call of Duty or Angry Birds: The second annual MassDiGI Game Challenge invites high school, college, and indie developers to participate in a weekend competition. Click here to read the full story from The Hive at Boston.com or here to read MassDiGI’s press release.

The Hive at Boston.com: Making a game of “Game of Thrones”

What does it take to turn the bleak, epic world of Game of Thrones into a social Facebook game? A willingness to embrace the fantasy world’s most anti-social elements: Greed, betrayal, and maybe just a bit of old fashioned war. In this guest post,Jon Radoff, chief executive and founder of Cambridge game studio Disruptor Beam, talks about how his team is working with George R. R. Martin to make the world come to life.—M.M.

This post, the first of its kind, comes courtesy of the Massachusetts Digital Games Institute (MassDiGI), a statewide center housed at Becker College and aimed at promoting economic development within the Massachusetts video and digital games industry.

The rise of mobile has brought more players and more demographics into the marketplace.  Read the full story here at the Boston Globe.

“The video game industry in Massachusetts is reaching new levels of growth, with no signs of stopping.” Read the complete story in the Worcester Business Journal here.

“Apple unveiled its iPhone 5 last month, and it’s sure to make a bundle from its latest gadget. But forget about the $108-billion tech giant and its various competitors for just a moment, and turn your attention to a fast-growing Central Massachusetts ecosystem that has quickly sprung up because of the smartphone.” Read the full story at the Worcester Business Journal here.

Massachusetts will honor its indie developers and its game industry heritage tomorrow in a way no other state has — it has declared September 22 as Independent Game Development Day.

It’s not an informal declaration without weight to it, either — Massachusetts Governor Deval L. Patrick made the state-wide day official with a proclamation, and said, “[I] urge all citizens of the Commonwealth to take cognizance of this event and participate fittingly in its observance. ” 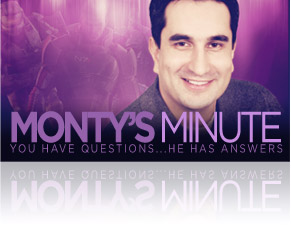 Please click below to read MassDiGI’s press release regarding the survey results and a brief survey summary sheet as well as links to media stories on the survey itself.

“Despite the sluggish US economy, the Massachusetts video game industry keeps growing, according to a survey by Massachusetts Digital Games Institute (MassDiGI), a state-sponsored game development center at Becker College in Worcester.

The survey found that Massachusetts game companies directly employ 2,041 workers, up 78 percent from the number found in a 2009 survey by the Massachusetts Technology Leadership Council. On average, these jobs pay $90,000 a year, for a yearly statewide payroll of over $234 million, including benefits.”

Click here to read the full story in the Boston Globe.