Free speech in a culture of outrage

Last month ex-Red Sox pitcher Curt Schilling publicly identified two young men who allegedly posted sexually threatening comments about his daughter. These comments were replies to a twitter feed by Schilling congratulating his daughter for committing to the Salve Regina softball team. Just last month the New York Times Magazine carried a piece on Justine Sacco, whose career as a PR executive imploded after she tweeted insensitive and racially charged remarks about AIDS in Africa before getting on a flight to the continent. Taken together, these incidents bookend the struggle modern society continues to wrestle with regarding free speech in the internet age. How do we balance civility and courtesy with respect for free speech, even offensive speech, when anyone can say anything publicly? And what are the proper ramifications for offensive speech? Is free speech only about the First Amendment?

The hateful, misogynistic and threatening comments toward Schilling’s daughter represent one end of the spectrum. If these statements threatened assault on the young woman as news reports suggest, they would constitute harassment or incitement to violence and wouldn’t be constitutionally protected by the First Amendment. But what if they were not physically menacing but were vicious, demeaning and bullying? Here I’d argue that even non-assaultive hateful speech targeted at specific individuals can threaten free speech, to the extent that they serve to silence the voices of marginalized or underrepresented groups. Young women (and their fathers) should be able to celebrate their successes without being exposed to a cascade of misogyny. Schilling was quite right to call out his daughter’s harassers. Whether a legal matter or not, these individuals should not be shielded from the professional and personal ramifications of their actions, as their behavior specifically sought to silence the voice of young women.

But what about Justine Sacco? Before a trip to Africa in 2013 she tweeted “Going to Africa. Hope I don’t get AIDS. Just kidding. I’m white!” This racially charged tweet makes light of a humanitarian crisis in Africa as well as centuries of white privilege that has held many people of color in lives of bondage and economic deprivation for generations. Was this a message of hate meant to silence African voices, or a stupid, even satirical off-the-cuff comment?

To be clear, I don’t support Sacco’s tweet, which, at best, was ill-advised and insensitive. But I’m also concerned about the “culture of outrage” that has emerged over such events. The New York Times Magazine piece details a frenzy over Sacco’s tweet that seemed more spectator sport than true moral concern. The narrative involved her being a PR executive (who presumably should have known better) and having her fate decided unbeknownst to her while she was on an 11-hour flight. Sacco’s case appears to me to have as much to do with the bloodsport of watching someone’s life splinter in real time as it does any sincere moral concern.

Perhaps more absurd was the case of Breanna Mitchell, a teen girl internationally condemned for the crime of smiling while taking a selfie at Auschwitz (something I suspect most people would unconsciously do). Why does the internet community seethe with rage over slights such as these to the point we demand that these people’s professional lives and self-worth should be ended for all time?

When it comes to saying insensitive, stupid or boneheaded things, if we’re honest with ourselves, most people do this from time to time. If we expected everyone to be fired for ever having said something awful, frankly, the world would be unemployed. In most day-to-day discourse when we say something insensitive, we are given the chance to be confronted and reply, “You know, I was just trying to be funny, but I now realize my comments were offensive. I should have been more thoughtful and I hope you’ll accept my apology.” A careful and constructive challenge to insensitive speech can often set up a situation in which the offender can reflect on what they’ve said and be enlightened why such speech can be hurtful. Sure, some people are jerks and don’t care, but often these situations can be resolve easily with both people satisfied and no one losing their jobs. Unfortunately our culture of outrage deprives people like Sacco of this opportunity.

Of course people need to be careful about what they post publicly. But we also need to think more about whether our outrage fits the crime, and whether our calls for public humiliation do society more harm than good. At what point does this culture of outrage begin to chill not only offensive jokes and tweets, but legitimate dialogue on sensitive issues? How do we have frank and open discussions about race and gender if people are worried that saying the wrong thing might cost them their jobs or place in society?

I think it boils down to what I call sanctimony bias: our tendency to feel better about ourselves by pointing out the moral failings of others. We tell ourselves “I would NEVER make a joke about AIDS” even as we laugh at jokes about a myriad of other public tragedies. It’s hypocritical and it does damage free speech. Sure, the First Amendment doesn’t protect us from professional and personal consequences of the things we say, and free speech should not be a license for public idiocy and bigotry without challenge. But neither should this observation be an open license for cruel overreactions to minor buffoonery that can both damage people’s lives and truly limit freedom of expression. 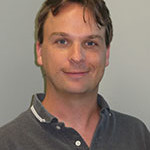 Christopher Ferguson, Ph.D., is an associate professor and chair of the department of psychology at Stetson University. His research interests include examining the effects of media on behavior, such as video game violence, thin-ideal media or advertising effects.