Fur, a first person puzzler, where players save cute furballs then nurture and use them to explore and solve problems was created by Grind Games, a team made up of three Becker College students, Tung Vu, Matt Venezia and Jared Braun.

The game, which also won the College & University Beta Category, Best Business Model and Best Audio at the contest, edged entries from student teams representing other institutions such as Champlain College, WPI, Quinsigamond Community College, Northeastern University and Harvard University.  Fur will be released on PC later this year. 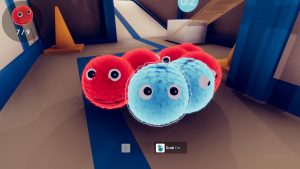 “We are excited Fur won the Game Challenge,” said Vu, a junior in game design. “If you have a passion for making games then you really must attend this event. You learn so much not only from the judges but the other competitors, too.”

The MassDiGI Game Challenge helps indie and student game developers and entrepreneurs shape their ideas and products for launch. This year 31 teams from across the northeast competed in front of a packed house at the new $7.3 million Colleen C. Barrett Center for Global Innovation and Entrepreneurship on the campus of Becker College in Worcester.

“MassDiGI’s focus on fostering new, business-focused talent is what the local game industry needs. They’re an important part of the regional games community,” said contest judge Oleg Brodskiy, a past Game Challenge competitor and COO of the Boston Festival of Indie Games. “Game Challenge alumni have opened their own studios, found jobs at larger studios, or landed in related careers.”

Since the MassDiGI Game Challenge began seven years ago, over 250 different teams from around New England and beyond have pitched games and taken home prizes valued at over $100,000. Top past winners include titles such as Salad Hunt, Intern Astronaut (VR), PWN, Catlateral Damage, Depression Quest, Wobbles and Starlot Derby.

As the Grand Prize, College & University Beta Category and Best Business Model winners, the Grind Games team won cash and other prizes valued at about $5,000.

“This year’s contest was the tighter than in any previous year,” said Monty Sharma, managing director of MassDiGI, “Every team was impressive in its own right. The creativity and skills on display improves every year as do the games.” 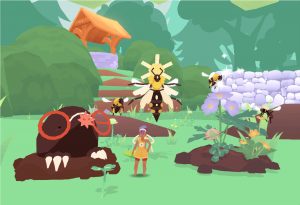 Other top winners include Burlington, VT-based Micropup from Champlain College which won the People’s Choice Award for its game Keeper as well as the Serious Category.

“Winning the Serious Category and the People’s Choice Award exceeded our expectations in a big way,” said Alex Frey, Micropup’s team captain. “This is our first trip to the Game Challenge and the experience was incredible.”

Keeper is a 3D platformer with gardening mechanics and is focused around raising awareness for declining bee populations. Through an engaging narrative complete with wildlife friends, the game communicates actionable, real-world tactics to aid local pollinators.

Psychoactive Entertainment, another team made up of Becker College students, won the College & University Alpha Category with a game codenamed Project Boynton where you play as a punk witch and obliterate monsters, harvest their guts and use those guts to craft potions to obliterate more monsters.