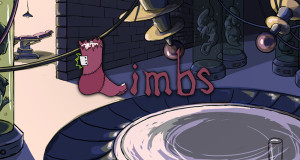 Limbs – Puzzle & Dislimberment, a free, fun and match-three game is now available to download on both the App Store and Google Play. The game, created during the 2014 MassDiGI Summer Innovation Program (SIP), was developed by  students  James Spavold from Becker College, Catherine Shen from RISD, Andrew Krischer from Northeastern, Sienna McDowell from WPI and Renzo Heredia from Berklee  College of Music who all teamed up to bring the game to life.

Working over that past summer, the team, using Unity, produced a good game – watch the trailer here.  From there, we brought Limbs into our LiveCode Studio program at Becker during the 14/15 academic year. Through LiveCode, more students from Becker as well as other schools had roles in the further development of the game and getting it ready to launch.

This fall, the LiveCode 15/16 launch team, a group of students from across a range disciplines, put the final touches on the game and it is now available to download for iOS and Android.

It is shaping up to be a busy semester for the launch team which plans to publish Midnight Terrors, also a SIP14 and LiveCode 14/15 & 15/16 game, and Hibachi Hero, a SIP15 and LiveCode 15/16 title, before the end of the year.