With final exams ending for college students across the US, we are looking forward to a whole summer of fun and games. The students of this year’s Summer Innovation Program (SIP) are no exception, but for aspiring entrepreneurs like us, “fun and games” takes on a whole new meaning. 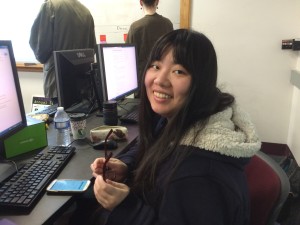 There is no opportunity quite like SIP. From 214 applications to the program, 24 interns were chosen representing 15 institutions from California to Ireland, working to create games over the next 11 weeks. Every one of us has something that made the selection team say “wow,” and we now put our skills to the test.

Orientation got going at 9:30am sharp on the morning of May 20. MassDiGI managing director Monty Sharma took the podium and, assisted by executive director Timothy Loew and producer Walt Yarbrough, introduced us all to the ropes of the program. Concepting exercises began the very next day.

Students mixed and matched into random teams, combatting challenges with creativity, building  problem-solving skills, and striving to harness the essence of “fun.” To cultivate fast decision-making skills, every prompt was a race against time. There was little time before the groups shuffled again and a new challenge became the focus. 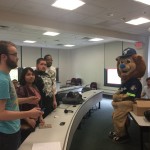 Visiting SIP was guest speaker from the Worcester Bravehearts baseball team accompanied by team mascot Jake the Lion. The team presented a challenge to the us: make a game featuring Jake.

In addition, we also were challenged by Boston Children’s Hospital to come up with a game with engaging mechanics to help combat attention deficit disorder.

All in all we came up with a dozen great ideas for games. Which projects will we build? We narrowed it down to just a handful and by the end of week one, we’ll be solidly on our way and several of these great ideas will become the foundation for published games by the end of the summer.