“When you start the production process, you should be ready to throw everything away and start fresh,” Walt Yarbrough, SIP’s producer, told us as we we worked towards the end of pre-production sometime in early June. Over the first few weeks of SIP, we interns worked as quickly as we could to come up with the core designs for our games and create a working prototype. My team – Emmanuel Mallea and Tung Thanh Vu from Becker College, Dean Faulkner from LYIT (in Ireland), Jenny Sun from RISD, Emily Ramirez from MIT, Lisa Jeong from Berklee, and me – went through a very tense and stressful production. Our game, Little Grimm, is a cute and spooky take on Snake. However, it went through many iterations and design changes before we settled on its current iteration. Although we kept its core concept as a Snake game, many ideas were thrown out in the process, and it wasn’t easy as one might think.

One of the early prototypes of Little Grimm

Looking back, we have deviated greatly from our original ideas. Our game originally would’ve been a Snake game with a colorful twist. The snake would’ve had a multicolored body, and the player would be able to pass over a part of their tail if its color matches the head’s. We all thought it was a great idea and everyone made exciting concepts and prototypes, but none of us could really decide on what was more appealing. We had so many game mechanics flying around that it was hard not to add new ideas into the half-finished prototype. A few of them were almost hard to let go, even though they were impossible to implement and we didn’t have much time.

It wasn’t until we began playtesting that we realize the real issue: our game wasn’t fun. The feedback we received pointed out the flaws in the gameplay and the mechanics and how boring and confusing they respectively were to the playtesters. We were so caught up with our conflicting ideas that we’d ignored the importance of making our game fun. After Monty Sharma, SIP’s manager director, told us to stop adding more content and focus on what we had now, we got together to sort out everything. Using the feedback from playtesters and other interns, we threw out mechanics and ideas that were too confusing or vague or were sitting on the backburner for a long time. We discussed every issue that was holding us back from getting work done and how to resolve them. We then immediately focused on improving and changing what we didn’t threw out from the game. We were then finally able to produce a working prototype (just in time for production!). 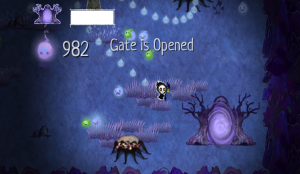 Once we were greenlit for production, we axed everything without difficulty and rebuilt the game in a much clearer direction. Once again, we ran into the same issue of falling in love with new mechanics, but this time we focused more on making fun instead of making content. We made changes to our current mechanics and improved gameplay based on feedback from more playtesting. We also held team meetings more frequently, making it easier to talk about which mechanic or idea to keep or cut out. As a result, we were able to work faster and more productively than we were in pre-production. With 2 weeks left, we’ve come a long way from where we started 2 months ago.

The entire project has been a stressful and bumpy ride, but there was much to get out of it. For instance, not every idea will make it into the game, and getting too attached to them or trying to cram them in at the last minute will cause more conflicts than progress. Teamwork is very important in the game design process, and conflicts of interests can erupt and break it apart if left unchecked. Furthermore, I can’t stress enough how very helpful playtesting can be; it helps give insight on what you’re doing wrong and what needs fixing and, most importantly, if the game is fun. Last but not least, be sure to have fun with your work! It’ll definitely help you and your team go a long way with game design.