So close, yet so far away

MassDiGI’s Summer Innovation Program may be approaching the finish line but the participants still have a long way to go before they accomplish their main goal…to release a fun, well-polished game. Meanwhile all five teams are simultaneously excited to present our games, we are nervous about the last few weeks of development.

Even though the games we have been developing during the last two months went through dozens of changes, we had to make difficult decisions, unforeseen outcomes were achieved and fabulous art was created. All five games are finally beginning to look polished and are moving closer to being shipped!

It would be a lie if we say that the process of development was easy and always pleasant. Each team had its ups and downs but at the end of the day we are all happy with what we have accomplished. Every single new feature, new art asset and decision made changed the game my team is developing drastically. Each new version of the game revealed something new for our playtesters (but I won’t say more, so that I don’t spoil it for you). We also named our game – from now on it is RAISE THE BASS! Our cartoonish character – Tyley – jumps, runs and makes the screen so vivid. Our team is super excited to introduce her to the general public and let her become the famous DJ she always wanted to be! 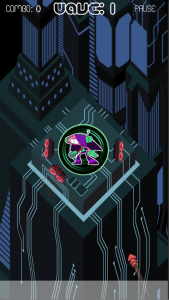 During this last month of development our team – Amber Skarjune from Wellesley, Ty Enos from Tufts, Paul DeSimone from RIT, Emily Ryan from Becker, Wenley Shen from RISD and me – will focus more on the polishing of the game and making sure we achieve the best possible user experience. Of course, Raise the Bass wouldn’t be the same without the amazing music that Berklee’s Lisa Jeong has contributed! Pretty soon we will have the trailer as well. Our two artists are working hard to deliver all the excitement, hard work and love we put in this game via this short video.

In addition to working in the studio, SIP participants had the opportunity to attend a Boston Unity Group meetup in Cambridge hosted by Akamai. It was a panel of various local game industry professionals which focused on breaking into the industry and advice for aspiring developers. They shared varying personal experiences applying for jobs and progressing in their careers. It was especially nice to see artists involved with games in the local area. There were also a number of familiar faces in the audience such as Ryan Canuel and Michael Carriere, as well as students from Brown University and Northeastern University. There was some time after the panel to talk with everyone at the event and connect with other professionals in the field. The panelists were very willing to give advice to the many job-hungry students attending! Overall informative as a panel and useful as a networking opportunity. 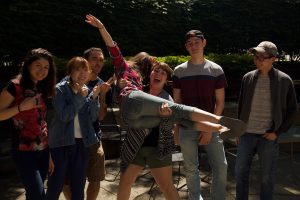 The following week we attended another Women in Games Boston event. The panel pertained to non-traditional uses of video games. Various companies discussed how they use games outside of consoles and PCs. Green Door Labs, Incantrix and a few others discussed how they create games for non-traditional uses. Everything from interactive museum exhibits to interactive theater with puzzles. Ben Chicka, a philosopher, presented his thoughts on how video games can help us better understand “the other”, a concept regarding empathy and how we should respect others regardless of who or what they are. We were excited to hear about all the wonderful thing games is doing for the Boston area, and what is to come next.

To sum up, all 28 game developers are working hard, already focusing on the small details of our games. We mix the fun of attending off-work events with the rush to finish as much work as possible, so that we deliver industry quality games in August.