So, I’m sure that you’re already thinking to yourself “what the heck is a Cat Tsunami?” Well, a Cat Tsunami isn’t very different from the tsunami waves that you are accustomed to; the only difference really is that a Cat Tsunami is made entirely of thousands and thousands of cats.

Now, you’re probably wondering how a tsunami wave of cats is formed. It all started like any other day, except this was no ordinary day. It was Black Friday and sales could be found everywhere, but there was one sale to rule them all; a catnip sale. Immediately thousands of cats began to claw over one another trying to be the first to make it through the doors of Cat-Mart and purrrrchase some low priced premium gold-label catnip.

You play as Kai the surfing cat. Kai was quick to realize that being a part of a mass horde of cats wouldn’t get him any closer to his dearest desired catnip, so he came up with the one thing he must do to be first to the store. He must surf the waves of cats! 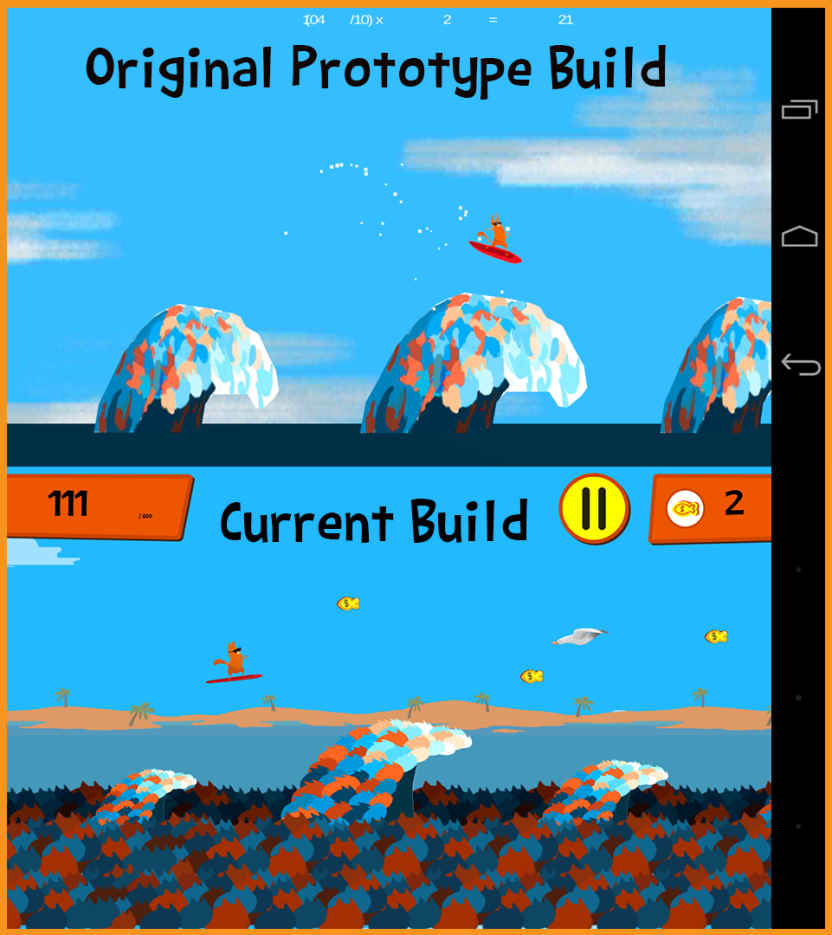 This idea spawned from a number of ideas all created in a brainstorming session at the beginning of MassDiGI’s Summer Innovation Program to make a game about cats, crazy huh? The team of people you can blame for creating this are:

I’m amazed every time that I look at where we were compared to where we are now. In these few weeks we have progressed from little more than a title and crazy concept to a fully-fledged and functional game, and that is absolutely amazing. It’s wonderfully satisfying to be able to see someone pick up the game you were a part of making and see them smile, laugh, and become slowly more and more frustrated with virtual seagulls.

The amount of work that goes into creating a game is something a person playing can easily overlook, but the amount of time everyone here puts into their games proves that it has to be a labor of love. Working a 40 hour week, implementing things on the side, showcasing the game at events in Boston on the weekends; are all things done to achieve the goal of developing a game we can all be proud to say is something that we made.

We have reached the stage now where we are constantly getting feedback on Cat Tsunami and what can be done to improve it, and while after working on your game for a long time it can be hard to hear what you’re doing wrong it’s also enormously beneficial as a step towards releasing a final well-polished project. We’ve already begun making changes this week in response to feedback that we’ve received, and will continue to do so into the next few weeks remaining. One of the best parts of developing a game is how interesting it is to watch as the game evolves to meet player’s feedback and become something they enjoy playing as much as we enjoy making it.