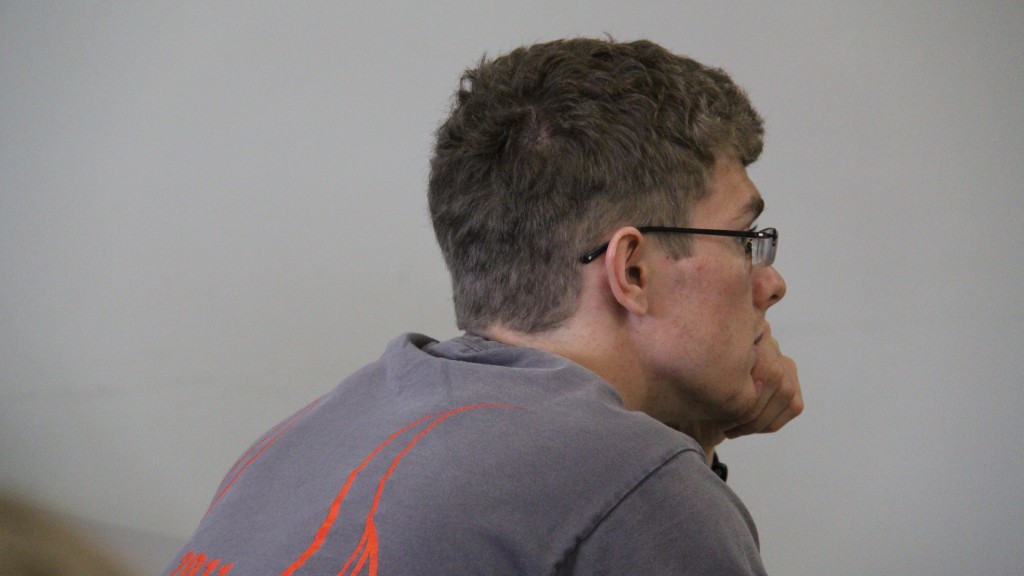 Alex Harrington ponders the mysteries of the universe, and whiteboards.

My name is Alex Harrington I am the lead artist on OnCall and a student at Springfield College. My main challenge has been to present the interface in a very simple and clean fashion. The biggest problem is that the forms available to doctors and nurses are incredibly detailed; translating that information on to a tablet required massive amounts of simplification.  In order to make these screens user-friendly, I implemented some simplified forms.

The first primary screen is called “The Whiteboard.” Here, the player can see their available cases, their character, and the code button. Additionally, the player can go to their character profile page, the shop, leaderboards, and options. Our challenge here was to find a graphical method which would present the information in a digestible manner. First, there was the “code” button. I wanted this button to act as a logo, imitating a beeper, drawing the player’s eye to the center of the screen. Normally it’s a cool dark blue, but when a code is called, it’ll turn bright red and pulsate. The player will be able to press the logo button and enter the case which had called the code. The next step was to create the case buttons, separated by severity. These buttons would have the patients’ name, age, and present condition, so they had to look comparatively similar. I ended up color coding the corner of each button along with a white cross. This way, the game can guide the player’s eye to the information that matters most. It also allows us to easily show the player an event when it occurs, by using a flash, for example.

If this post has shown anything, I’d hoped that it has shown how important it is to develop your main menu. As the first screen that the player looks at it, making sure they can quickly and easily do what they want is a huge challenge. A challenge we believe we’ve solved. – Alex Harrington