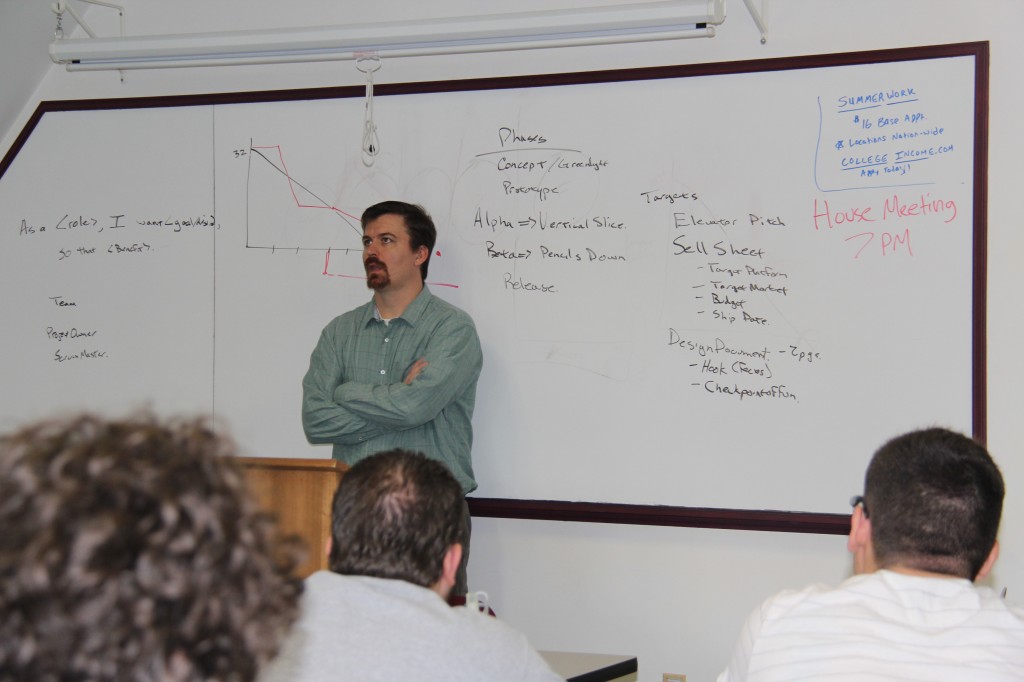 Last week, MassDiGI SIP staff member Walt Yarbrough, who has spent a large portion of his game industry career working on Dark Age of Camelot, took some time to describe the standard game production process. Walt broke down the production process into pieces, and I’ll be sharing the first couple with you!

As it applies to SIP, Walt believes there are three key features to getting out of the concept phase. You must have a short, catchy elevator pitch that defines your game, a short, two page design document that outlines the core fun in your gameplay, and finally, a business model that works. Those three things are incredibly important and will form the basis of all of your future work.  I’ll go into depth about what they mean in future installments.

The demo is the first real test of the game. This is where you’ll be feeling out your technical constraints as well as encountering the problems in your design. This will define what your project’s realistic expectations are. If, for example, you want to have hundreds of units on screen and your hardware simply can’t support it at the graphics level you want, you have your constraint.

It’s important that the base gameplay works in your prototype. You need to have fun in there too. If your prototype isn’t fun to play and that’s your base gameplay, well…what are the odds that your game is going to be fun if you just keep layering stuff on top of it?

That’s all for now, but stay tuned for more soon! – Oleg Brodskiy