Rise of the Midcore Mobile Market or “Here we go again”

Rapid change is a way of life in the modern mobile gaming market. Perhaps in a few years we will look back on these times as turbulent and hectic, as future markets mature and settle into more predictable patterns. But if that’s the case, I see few signs of that future on the near horizon. However, are starting to see certain new patterns emerge – some encouraging as the market grows, others more disturbing, as big publishers begin to fight over what they perceive as the biggest slice of the pie.

For the purpose of this article, let’s divide the history of the recent smartphone mobile gaming era into phases.

Phase 1 we can safely call “paid apps” (i.e. Angry Birds). These are games where you paid a fee, usually $.99, and bought an app, and that was it. Of course that was too simple. We had to make things more complicated.

While the paid app market still exists and is very viable, the clear trend is the rise of the next phase,, “free-to-play”. Free-to-play encompasses several concepts, mainly “IAPs” or In-App Purchases” which show up in the form of purchasing virtual goods, or virtual currency to buy functional or decorative items or other enhancements to a free game.

We should also mention an emerging grey area, called “Paymium” where the app still costs an upfront fee, but has IAP’s inside it as well. In my humble-less opinion, this model really has overtaken Phase 1, as we see many top paid apps like Angry Birds selling items within the game now.

This makes it a very confusing time to be small or mid size developer. Do you go with the trends and compete with the onslaught of free-to-play midcore games and hope your app sticks out? Or do you go anti-trend, whether it be a paid app, or casual experience not aimed for the hard or midcore markets?

The rise of mobile has changed the games industry eco-system …. or has it? This has always been a hit driven industry, like any entertainment industry. What has undeniably changed is the barrier to entry. It’s much easier and more affordable to make mobile games than it ever has before. Thus, the playing field is vastly more crowded than it’s ever been. This makes it harder on everyone. But it also allows those with deep pockets, to eventually dominate the majority of the market, and as a result define the majority of what the market is.

Rise of the “Midcore”

Out of the ashes of the paid, and the rise of free-to-play model, we see another trend, which in my opinion is slightly disturbing. The big publishers seem to have decided that the real money in this new market is in what’s being called “midcore” games. They are not wrong about this. CSR Racing, Clash of Clans and others – these are high quality games and appeal to what we used to and still call, “hard core” gamers, as well as some younger and non hard core gamers, thus the term, midcore. The theory being (and it’s proving itself out), is that these midcore mobile players are a more reliable and consistent form of revenue than “casual” gamers. These games, along with massive licensed titles (i.e. The Simpsons) are starting to dominate the mobile charts.

Does this sound familiar to anyone? It should. This is exactly what the game industry has done again and again over the years, giving up on markets that had so much potential, yet didn’t make as much money as the big ticket AAA games, and thus were eventually abandoned. “Edutainment” titles from The Oregon Trail to Carmen San Diego came and went. Kids titles on consoles withered up. For whatever reason, women and children have never been a high priority to big game publishers, minus a few exceptions (i.e. The Sims). And what we were left with, were consoles that by and large appealed to the hardcore market only.

Does this mean the end of titles like Angry Birds, Cut the Rope or Where’s My Water? I highly doubt it. But I do think you will see less of them. We already are. And to succeed, like always, they will have to be very, very good.

So what’s a small or medium sized developer to do? You either go with the trends, and make a midcore, free-to-play game, which now puts you squarely in competition with some very big companies. Companies who certainly have deeper pockets and commitment to fund games and acquisition campaigns. Or, you can go anti-trend, with all the risks mentioned above and more. At my new company HappyGiant, for our first original title we opted to go anti-trend. Our iOS and soon to be Android app, “Dolphin Paradise: Wild Friends” (https://itunes.apple.com/us/app/dolphin-paradise-wild-friends/id556988342?mt=8) is a free-to-play high end pet simulation game, where players collect and play with wild dolphins in a beautiful tropical setting. The game is in 3D and due to dynamically generated water and more, only works on newer devices. We decided to aim high, as we see a big push to quality on these mobile devices happening. We didn’t want to make just another 2D iso game. For us it’s still too early to tell how this strategy will work out – but having done a lot of work with toy companies in our past, and being parents as well, we still very much believe in kids and that kids love playing with apps on tablets and smartphones. So we wanted to make something magical the whole family could share in together, and we are very happy with the results! 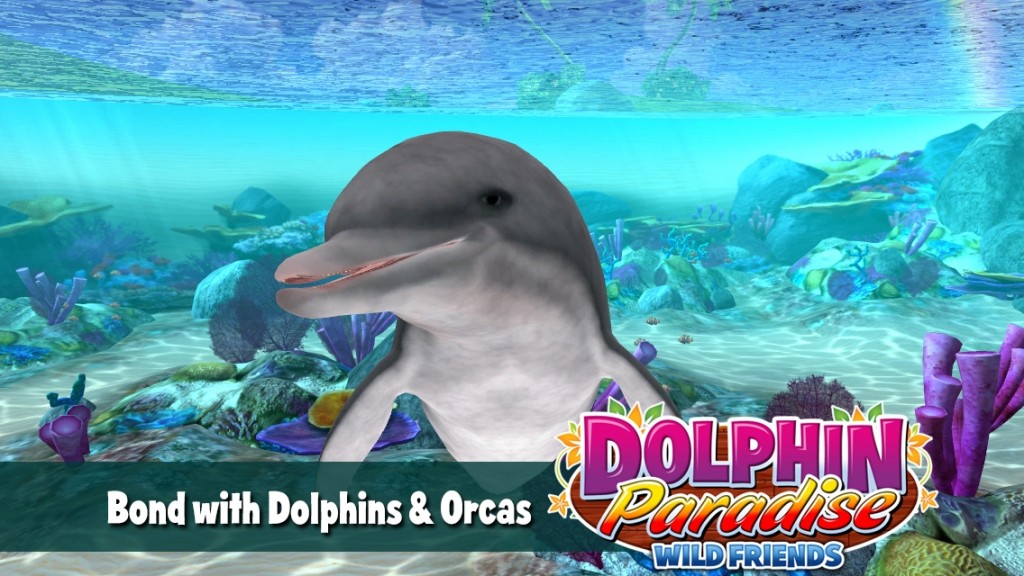 Anyone who has kids knows these devices are transforming entertainment (for young and old) It would be a shame if the game industry, once again, turned its back on the casual market, where it seems more viable than ever given the mainstream proliferation of these devices. These are no longer just game machines, or primarily owned by gamers, even though games make the majority of the profit on them. Hitting the home run in the casual market may be more difficult or hard to predict, but this doesn’t mean we should give up on it. Those who don’t will be in a position to dominate that side of the market. The alternative is a market dominated by a sea of clones all aiming for a similar type of player and controlled by publishers who will dominate the charts through big money acquisition campaigns. Hopefully if anyone understands fostering a mentality of “Thinking Different” it will be Apple. The mainstream market is too big to ignore, even if the large game publishers don’t yet see that.