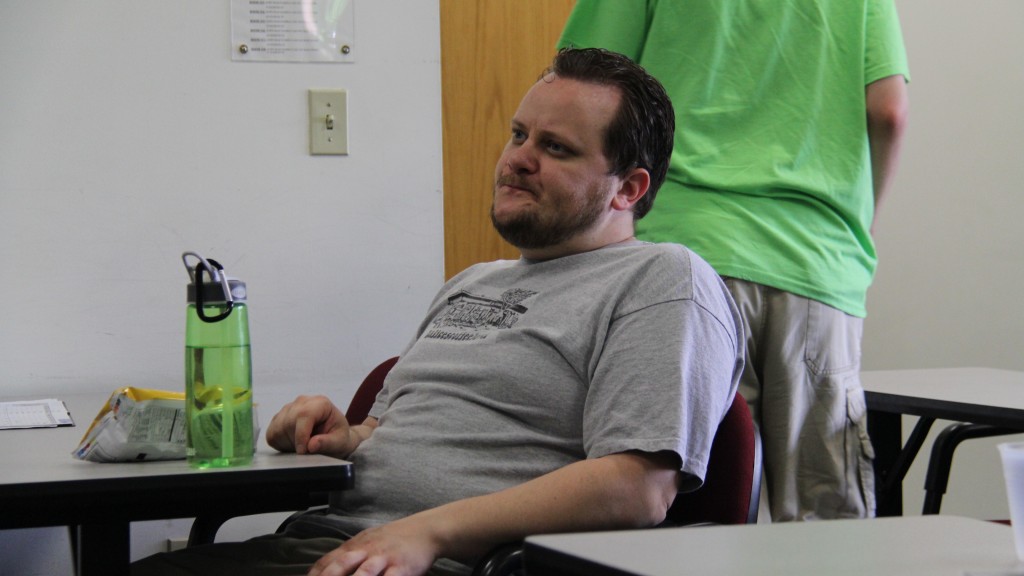 My name is Brian Little, and I am student at Becker College and the designer for the MassDiGI SIP team working on the game Energy Drive. Energy Drive was brought to MassDiGI by the efforts of Blind Horizons, a team from Rochester Institute of Technology consisting of Dustin Kochensparger, Blake Gross, Torey Scheer, and Amanda Imperial. Their game, then called USB, was the winner of the “Best Serious Game” award at the MassDiGI Game Challenge and brought into the SIP program as part of their prize.

One of the major goals of Energy Drive is to make the player understand the consequences of energy production on our environment. As a designer, my challenge has been figuring out how to represent that theme in the game while still making the experience fun for the player. In the prototype that we started with, pollution was represented as a cloud which was generated at the start of the game. This cloud contained pollution-producing buildings, such as a coal plant or an oil refinery. The pollution manifested on the map and prevented the player from building in the spaces it occupied. Pollution-producing buildings, as their name implies, would keep creating pollution until they were destroyed. While this created an interesting dynamic, we did not enjoy this puzzle-like element. We felt that preventing building placement wasn’t fun.

Another interesting part of the game was that you couldn’t build any of the buildings that caused the pollution; you could only build clean energy, such as solar panels or wind turbines.  I felt that only letting the player build clean energy did not feel like a very realistic scenario, and that it ultimately made the game less entertaining. To solve this problem, I proposed that Energy Drive should allow the player to both create power plants that create pollution and those that don’t. This allows the player to decide how much pollution they are willing to create, while reinforcing the theme of the game by creating consequences for players who pollute too much.

In order to implement our solution, we designed the pollution-causing buildings such that they cost less to build per unit of energy when compared to clean energy buildings. While this makes them more attractive to the player at the start of the game, passing a certain threshold of pollution will trigger penalties that make the game noticeably harder. If the player chooses to build clean energy sources instead, they will produce power at a slower rate, but will also be eligible for positive events. This also allows a player to strategically pollute to get a hefty sum of energy, then demolish the polluting buildings and build clean energy once pollution becomes a serious problem. I feel that this type of decision process is more in line with the kinds of choices that are actually made in the real world.

By no means is any of this final. One of the most important aspects of game design is its iterative nature. Thus, as we continue here at SIP, we’ll be developing and changing Energy Drive in order to continuously improve the game. Hopefully, this gives you a better understanding of the realities of design, as well as the methodology we use to get to where we’re at. – Brian Little